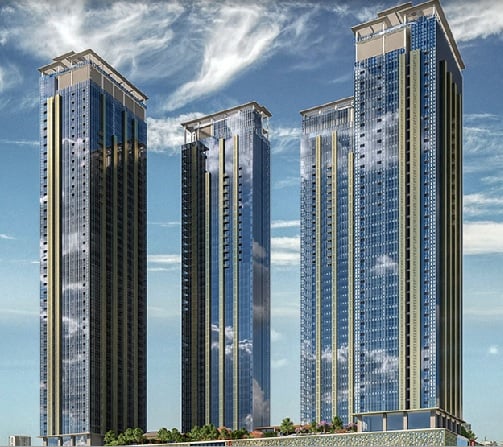 The Seasons Residences By Federal Land

Built with Japanese technological expertise mixed with Filipino creativity, the soon-to-rise The Seasons Residences is a magnificent residential condo community for sale in Taguig City that mesmerizes even the most discriminating unit owner.

After Federal Land’s successful bid in the equally luxurious residential development that is the Veritown Fort (also in BGC), comes one of the most sophisticated and modern buildings to grace the landscape of BGC Taguig. The Seasons Residences will have 4 residential towers comprising of 41 to 51 floors each building offering a total of 1,395 residential units once the property is completed.

The Seasons Residences is located along 8th Avenue, Fort Bonifacio, Taguig City, Metro Manila. This jaw-dropping condo community in the middle of BGC seems to be taken a life of its own as it unfolds dramatically under the “growth, development, and charm” of BGC. Serious investors will surely take advantage of the property’s tremendous growth as the first phase (launching of the first tower) took place in the initial quarter of 2018.

The Seasons Residences is rising on a 1.5-hectare property that is part of the 10-hectare Grand Central Park which is right across the Veritown Fort; a few blocks away from the Japanese School Manila and the British School Manila; Pitogo High School; the University of Makati; Makati Science High School; and just a stone’s throw away from the St. Luke’s Medical Center- BGC and the S&R Supermarket, among other important establishments. The site is also a walking distance from the central business district of BGC and a few minutes away from the financial center of Makati. The unique development concept of the Sunshine Fort Taguig, which will have its own department store to be run by Isetan Mitsukoshi, will bring about the company’s expertise on retail by embellishing the site with Japanese-style shops and other enterprises with distinct styles. Your shopping is made easier by bringing your basic necessities (including fine dining) closer to you.

The Seasons Residences BGC is also traversed by Taguig City’s major thoroughfares which make traveling to and from your new home a lot more convenient, especially when you are going to work while your children attend schools. The nearby 8th Avenue is directly connected to BGC’s 36th and 38th Streets, while it connects to a bigger road, such as the Kalayaan Avenue and 34th Street, making the site more accessible than any other upscale vertical developments in the vicinity of Taguig. This easy accessibility to all key destinations of Metro Manila just makes your life easier as well as for your family. Moreover, since the development will use Japanese technology and building know-how, plus the ingenuity of the Filipinos, your vertical home will be as calm and serene as ever, it’s like as if you are in the countryside.

To know more about these Japanese companies, allow us to give some info about their business. Here it goes!

Nomura Real Estate Development Co., Ltd: The Nomura Real Estate Development Co., Ltd. is carrying the Japanese brand of developing residential and commercial areas which include functionality, safety, simplicity, and harmony with nature. This company is one of the premier builders of residential, prime office, and commercial properties in their home turf. The property’s amenities and various building facilities will be designed by this company enhancing more aesthetics that are mixed with efficiency and functionality.

Isetan Mitsukoshi Holdings Ltd: The Seasons Residences project will include a shopping mall which will be designed and operated by one of the world’s most renowned retail service groups, the Isetan Mitsukoshi Holdings Ltd., a Japanese department store operator entering the country for the first time. The shopping complex will have a gross leasable area of 25,000sqm which is expected to feature Japanese cosmetics, fashion brands, accessories, and food, among others. However, the merchandise that will be available will have competitive prices from those outside of the mall.

The company is best known for its worldwide chain of Isetan-Mitsukoshi department stores that has a presence all over Japan as well as in Europe, the United States, and the rest of Asia.

Other developments surrounding the The Seasons Residences BGC

There are other Federal Land, Inc.’s residential and commercial developments that will rise together with Seasons Residences in the BGC North area, these are:

Grand Central Park
This is Federal Land’s latest mixed-use community that will rise in the forefront of The Fort (BGC). With a budget of PHP20 billion ($400 million) accrued within a decade, the Grand Central Park will reshape the landscape of the BGC and is expected to attract several locators (such as BPO offices, corporate offices, etc.) and residential seekers (including hotels) that will be part of the growing economy of Taguig and nearby Makati. Aside from the Hyatt Hotel chain that will rise along within this 10-hectare prime land of the Grand Central Park, the following are also rising within the township’s vicinity (primarily within the Veritown Fort):

Madison Park West Tower
This is a 43-story New York-style mixed-use tower that will be built at the corner of 6th Avenue and 36th Street and beside the Veritown Fort. This building will also have its own retail shops, restaurants, and other features conducive to active living.

Park West Condominium
An office-residential condominium, the Park West is set to be built at the corner of 7th Avenue and 36th Street and is closer to the Veritown Fort. The site is just across the Grand Hyatt Manila Residences and a few blocks away from the Uptown Mall.

Times Square West
The Times Square West is also a 43-story tower and will rise along 6th Avenue and 38th Street. This will also have well-planned residential units catering mostly to small families, expats, and young professionals who are holding offices nearby.

Federal Land The Seasons Residences in Taguig City, Philippines is a premier Condo project available for sale. If you're looking to rent or purchase The Seasons Residences, then check here first. We have full details of The Seasons Residences updated regularly as well as everything you need to know about the availing and booking process, broken down into stages that includes selecting a unit, choosing a payment plan and buying your dream home at the right price. For price list, free site tripping or showroom visit, personalized service, model house, unit plans, floor plans, payment terms, CHAT LIVE with an agent 24x7. Always only buy from PRC licensed Real Estate Brokers and Agents.

Why Invest In  The Seasons Residences

Grandest amenities in the heart of BGC

The Seasons Residences, a well-entrenched condo community in Taguig City, has some of the finest amenities and facilities that come in one location. Unit owners and other end-users will have the privilege of using these recreational amenities any time they are in the property, keeping a well-balanced lifestyle and convenient living amid the fast-paced life in the metropolis. Like the Veritown Fort, the amenities in Seasons Residences will comprise of an outdoor and indoor recreational features such as Alfresco dining, jogging path, meditation pod, fitness gym, lap pool, pool deck, picnic area, healing garden, kiddie pool, badminton courts, gazebo, landscaped gardens, function room, yoga room, daycare center, meeting room, 24/7 security, CCTV surveillance cameras, and so much more!

Launched in the first quarter of 2018, the first tower of the Seasons Residences is likely to be turned over by 2027. Investors could have a bigger under-construction property in the same financial plan primarily because this kind of investment normally has 5% to 10% lower prices than a property which is completely finished within the same place. This follows that the returns on investment (ROI) are higher compared to RFO (ready for occupancy) properties which require you to bear the brunt of inflation after the completion of the project. Moreover, on the course of the property’s development, the more there are making reservations, the higher the appreciation of the property, hence, the price will go up dramatically without you noticing it. So, most experts agreed that you better place your reservation as early as possible while construction period does not reach its peak. That corresponds to this time. To enlighten you of the current price of the Sunshine Fort BGC, types of residential units being offered, and how to make a reservation, you can have a brief chat with our ever reliable team of licensed real estate brokers on this website. It’s just a push of a button, do it now so you will be among the first to own this prestigious property at the introductory price!

Grand Central Park is the future of BGC

As host to the Seasons Residences, the Grand Central Park manages to bring in Japanese expertise and technology that will surely revolutionize how a vertical community should be built in an urban setting. With more reservations being placed every day, the Park will be the destination of the future, whether for commercial or residential purposes. You can join the bandwagon and invest in one of country’s most reliable investment where you can recoup your financing in the shortest possible time because of the property’s payment flexibility, precious location, brilliant amenities, and the present status of the Grand Central Park as the next destination in BGC.

Federal Land, Inc., is one of the building arms of GT Capital Holdings, which in turn own some of the country’s top businesses. GT Capital Holdings is listed as a vital Philippine aggregate corporation involved in various businesses, such as importation, automotive assembly, infrastructure and utilities, property development, and baking, among others. The Seasons Residences is the first of its kind in the Philippines and more investors are keeping their eye on this team up with two of Japan’s finest property developers and retail giant. This partnership will benefit investors who will put their trust to the prowess of Seasons Residences (targeted for completion by 2027), and the Grand Central Park (valued at PHP20 billion, roughly USD400 million) in general, in attracting more buyers because they know they are in good hands where the rate of failure in investment is very slim. As Japanese businessmen are well-known to be more efficient and reliable, your minimal investment at the Seasons Residences BGC is sure to be valued at almost three-fold in the near future. 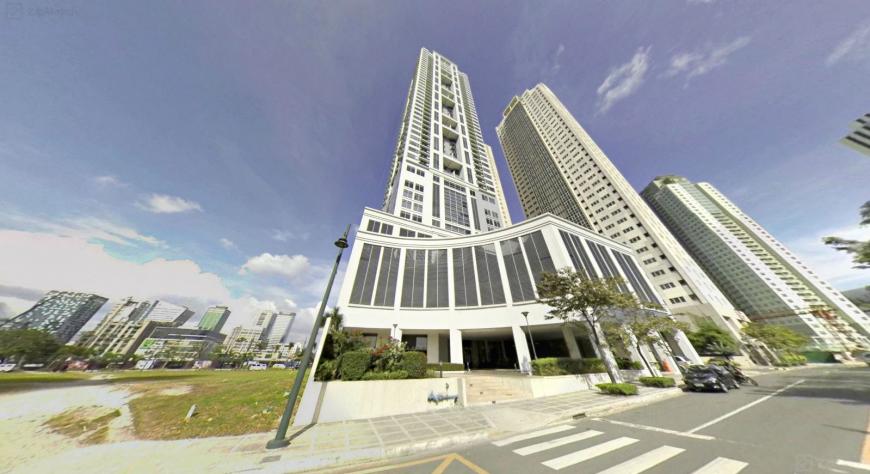